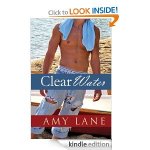 Okay, Isabel’s reviewing another Amy Lane book, but hey, the woman’s prolific, and I love her. I really do. Both as a writer and as a person—she’s really just as sweet and quirky as you’d imagine.

Her characters are quirky, too. Sometimes I wonder they’re that way because she is so imaginative, or if she’s consciously trying to not make them stereotypes. (Because, let’s face it, stereotypes are a serious danger in Romancelandia.) Either way, they’re usually memorable.

Patrick is a young man who suffers from affluence and severe adult ADHD. While this does, indeed, make him quirky, it’s also a really accurate and painful depiction of the disorder—Ms. Lane obviously is familiar with it. Patrick is a sweet, intelligent boy whose neural misfires cause no end of distraction. His father, a wealthy, driven businessman, doesn’t understand him or the effects of the disorder, and writes him off as a flake.

He’s not a flake. He has real issues with self esteem, both because of the disorder and because of his father’s apparent indifference, but when he meets Whiskey, an ex-hippie scientist who lives on a decrepit houseboat in the river, he begins to display the depth of intelligence and practicality that his issues and his disorder mask. He finds a place assisting Whiskey and his partner-in-the-scientist-sense, Fly Bait, with their research, and eventually is pivotal in discovering the cause of the frog anomalies they’re studying. (See? I told you even the fauna was quirky!)

About the only real evidence of flakiness I found—I don’t count the erratic physical effects of the ADHD—is Patrick’s poor choice of boyfriends. And this was where my suspension of disbelief derailed—because Patrick’s boyfriend is such a stereotypical scumbag that I didn’t understand how a bright person like Patrick—self-image issues aside—couldn’t have figured out what he was up to. He was painted as so unpleasant and ugly that I couldn’t find what Patrick was attracted to. I think it would have been more believable if he’d been a little more slick—and not in the greasy way he’s described in the book. It was almost disappointing to see how predictably evil Scumbag Boyfriend turned out to be. I think I would have been more convinced if the Scumbag Boyfriend was a clean-cut businessman, to contrast with the scruffy Whiskey and make Patrick’s choice the more interesting.

But that was the only major quibble I had, and it really wasn’t that big a deal. The rest of the story is funny and charming and delightful. Fair warning—there is quite a bit of age difference between Patrick and Whiskey, and Patrick’s emotional innocence, as well as Whiskey’s role as Patrick’s protector and rescuer, makes that difference more noticeable. But it’s not squicky; Whiskey is very sensitive to it, but Patrick grows so much in the course of the book, that by the time the story ends, you can’t imagine one without the other. And to my mind, that’s exactly how a romance novel should end.

Posted on 2 May 2012, in Uncategorized. Bookmark the permalink. 1 Comment.